You are requesting information from Ronn Rubin Glanz 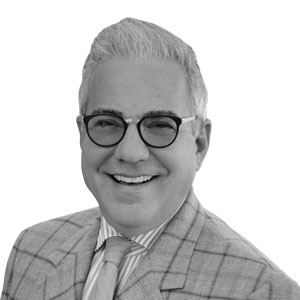 Ronn Rubin Glanz is a licensed real estate professional since 2000, working alongside his husband Philip Freedman on numerous waterfront properties throughout Dade, Broward and Palm Beach counties.
Initially beginning his career at the nationally esteemed College for Creative Studies in Michigan, Ronn earned a degree in both Art Direction and Commercial Art and Design. Hired in his final year of studies by Ross Roy Advertising (of which only one of two soon-to-be graduates out of a class of 200 boast that honor), Ronn began a successful career in creative design and advertising.
Moving to Florida in 1992, he became the Creative Director at Dodd Printers, a large Miami print house, winning three prestigious Printing Association of Florida, (PAF) design awards for logo, (first place among 2200 entries), best corporate booklet and best printers sales promotion package in just his first year there. More recently, Ronn won two first place awards in 2018 for the design and development of the sales collateral materials for the ultra-lux 121 Marina new-development project at Ocean Reef Club, Key Largo. Ronn’s love of advertising and design transcended into luxury real estate development, selling out the Shore Club in Miami at record prices as well as other oceanfront properties.
Today, Ronn sells waterfront and golf course residences, resale and new construction in the South Florida tri-county area. Incredibly honest, even at the risk of losing a sale, he says it like it is. Ronn creates fine art in his home studio and tends to no less than four Standard Poodles at his home in Hollywood, Florida with his husband Philip of 25 years.

Here is a list of Ronn Rubin's most recent property sales, with the most-recent ones showing first. You may resort the list by clicking on any column.