You are requesting information from Pamela Diaz-de-Leon PA 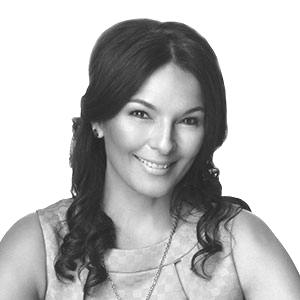 Pamela takes distinctive client service seriously, which she learned working for the King of Spain as a cultural attaché.  She established the Instituto Cervantes cultural program in Chicago in the 1990’s. She says “Miami is so dynamic now. We are witnessing an emerging global city.” Pamela’s goal is to create a life of prosperity for her clients and her community. “The real estate business is about location, timing, and creating value for my clients. I do this every day, and I have fun.” This was demonstrated after she sold one of Miami’s homes for a record price per square foot the water. The home was featured in Elle Decor magazine.

She has demonstrated to building prosperity by serving 20 years as logistics director for the nation’s largest Latin Film festival. Pamela is a dynamo. She says "I’ve been lucky to know film producers & directors in every Latin country from Spain to Brazil. They have taught me how to be creative and get things done". Her marketing approach was developed working as a Latin film distributor, competing head-to-head with Hollywood studios in the late 90’s. “I remember meeting Guillermo del Toro 18 years ago and recognizing his talent in 10 seconds! He went on win the Acadamy Award for Best Cinematography in 2006 for Pan’s ”.

Pamela's professional hallmarks are listening, being loyal, and most importantly having discretion. “It takes quality time to know my clients. I often develop lifelong friendships.” Pamela’s heritage is unique. Her was appointed U.S. Attorney by President Teddy Roosevelt in 1905.  His theories about monopoly and human trafficking are still used today by U.S. legal . Her father from Mexico was an Olympic caliber swimmer. Pamela was raised near San Miguel de Allende and went on to play basketball for a champion college team, and was selected to play in the Pan American games. “I am a disciplined team player. The trust that clients build with me is very important.  I find the right property at the right price, and we approach each deal very strategically."

Here is a list of Pamela's most recent property sales, with the most-recent ones showing first. You may resort the list by clicking on any column.